Vassilis Datis, now a teenager, is one of those children who seems to have been touched by the good fairy's touch and makes them shine. You get it when you come into contact... Structured thinking and incredibly composed speech, skills, kindness, a little smugness and a lot of stubbornness. They are one of those kids who know what they want to do when they grow up and they know what they need to do to achieve it.

He describes himself as impatient, creative, stubborn and shy who doesn't like fuss...

Vassilis is currently 14 years old and lives in Cyprus. He deals with robotics, artificial intelligence and programming languages. She has participated in various competitions even when she was only 5the Elementary, in 2019, he participated in the world finals of the Educational Robotics Olympiad in Gyor, Hungary, where with his teammate Yiannis Triantafillis and their team "Jobi Team" they won the bronze medal. The two children managed to build an autonomous moving robot, in a competition in which 98 teams from 74 countries from all over the world took part.

We don't talk so much about this experience and the publicity that followed, the meeting with Prime Minister Kyriakos Mitsotakis and Minister of Education Niki Kerameos. We talk about how it all started from the Tinas Lab robotics workshop in Larissa, about the competitions and trainings, about whether it's all worth it, about what fascinates him so much about robotics and about his own vision for the future...

Vasilis, tell me a little about how your interest in robotics and artificial intelligence started?

My interest in educational robotics started in the third grade, when I suddenly had the question of how a computer works. I explored this question further and after some time I came in contact with the Scratch programming language from my school at the time, Bakoyannis educational institutions in Larissa.

In 4th grade I enrolled in Tinas Lab. There, Tina (Minaretzi) was and is one of my most important mentors. More specifically, it helped me sharpen my creativity, get the basics for educational robotics as well as get my passion for it. Then, in the 5th grade, I moved to Athens, to Agia Paraskevi. There, with my teacher, Mr. Kostas Tsatsaronis, I participated with my JOBI team in the World Olympiad

And in the 5th grade you win the third prize in the Olympiad...

It was a great success for me and an award that showed that the team's time was worth it.

You have participated in many competitions. What is the process; Do you like to work alone or in teams?

The process of participating in competitions is difficult and time-consuming. But when you join a group that you yourself enjoy being a part of, then it becomes enjoyable and fun. Like Vasilis, I prefer to work in groups rather than alone since we all share the work and enjoy the process.

How do you perceive participation in competitions? Is it a stressful and sacrificial process like championships?

Unfortunately, participating in competitions is a time-consuming process that causes stress and pressure on children. And let's not forget... When 100 kids participate in a race, 3 win... The remaining 97?? Are competitions pushing them away from robotics, which they love? Still, to reach a high level, honest, one has to sacrifice a lot of one's personal time, almost all…

I believe that the time that a student will spend participating in a competition will not be wasted, since through it he will gain knowledge, supplies for his next steps in educational robotics. This is how it will be developed through the competitive process.

Do you find that sometimes the expectations of yourself and others start to become pressing? And the possibility of a failure? Have you ever had such an experience? How did you handle it?

Unfortunately, in life we do not only have successes. So I also recently had to face a relatively big failure. Managing her was a bit difficult for me. However, my love for robotics helped me overcome this obstacle relatively quickly and continue as normal.

How do your parents see competitions and how do they help you?

In this whole process, the core of my effort is my family. From the beginning of my journey they have been there for me, giving me their full support. He was with me in every step, in every failure and success, in every trip, in Greece and abroad. Valuable family time and plenty of space at home has been devoted to my robotics training.

I think it's time to talk a little about definitions... What is Artificial Intelligence and what is robotics?

A simple definition for artificial intelligence is any machine that imitates the functioning of the human brain, with the help of mathematical operations and through them can help humans make predictions, recognize images, faces, sounds and behavior patterns.

In contrast, robotics is any device that can serve humans, from a light switch to a robot that can speak or move autonomously.

What is the difference between them and which one preceded it historically?

Historically, artificial intelligence came from the ancient Egyptians who tried to measure the floods that would be caused by the river Nile with the help of mathematical operations.

In the 2017 Eurobarometer citizens' 88% stated that AI technologies require careful management. In April 2021 the EU proposed strict rules for the use of AI and called for a ban on facial recognition in public places (with exceptions for national security reasons)… and debates continue on restriction or liberalization and on ethical questions raised in relation to AI. What is your opinion? Do you think artificial intelligence can be dangerous?

Personally speaking, I believe that AI can be dangerous to humans if it gets into the wrong hands. More specifically, if stricter frameworks are not put in place regarding the protection of personal data that apply in a global context, then I believe that artificial intelligence will become the ultimate weapon of control by power.

What is it about you that fascinates you so much?

Personally speaking, what fascinates me the most is the possibility that robotics gives you, to realize your dream and become "the leader of your vision". Through robotics, you can expand your horizons as well as develop your creativity.

And what do you dream of creating? What is your vision?

My personal vision is to create a robot that will be able to control the quality of the climate in a space and with the help of its measurements to influence accordingly, the atmosphere of my room and in a second year it can be used for its safety.

Finally, my goal for the near future is to work on a book I'm preparing about a well-known robotics platform that will be published in the winter.

When I grow up I would like to study in the Department of Electrical, Mechanical and Computer Engineering at the National Technical University of Athens. Then, I would like to do my master's degree abroad (probably in America or Germany). Finally, I would like to deal with artificial intelligence and work in one of the FAANG companies (Facebook, Apple, Amazon, Netflix, Google)

The presentation you made at MusedX was really impressive and enjoyable. It was a whole performance... Tell me a little about all this. How did it start, how did you experience it, if you discovered new things about yourself...

It all started when the music teacher at my school in Cyprus informed me about a competition that was taking place at that time. It was about music and how it can be combined with another branch. Without a second thought I joined in... Several ideas passed through my mind regarding the topic I was going to talk about. Finally I decided to talk about artificial intelligence and AI, its uses in rhythm recognition, and creating personalized tracks for the user. Ultimately, this adventure was a unique experience that showed me a more open side of myself.

How would you describe yourself? What adjective would you use?

Initially I would describe myself as impatient since I am often in a hurry and thus make quite a few careless mistakes. Also, I would call myself creative because I'm involved in STEM. Also, I would be classified as shy because I have not developed my social skills well. In addition, I would say that I am stubborn and quite often I push others. Finally, I consider myself to be subdued since I don't socialize that much and I don't like fuss.

It's okay, it's so noisy around us, so quiet is requested... Vassili, thank you very much· I was very pleased to meet you and talk. I wish you to conquer your vision or rather to bewitch it…

Thank you very much for everything, for your discussion and wishes. 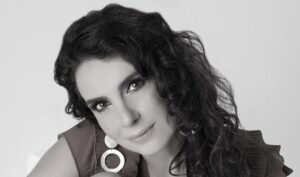 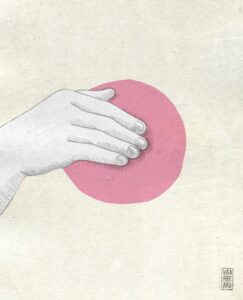 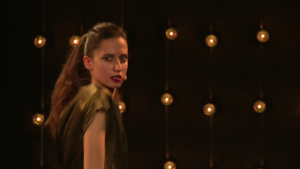 Who is Evangelia Kolyra? A blow and pose choreographer and dancer speaks to theCommonSense;

The weekly online magazine "the COMMON SENSE?" 's name was inspired by… more >>

We use cookies on our website to offer you the most relevant experience, memorizing your preferences and repeated visits. By clicking on "Accept all", you consent to the use of ALL cookies. However, you can visit the "Cookie Settings" to provide a controlled consent.
Cookie settingsAccept all
Consent management

This website uses cookies to enhance your browsing experience. Of these, cookies that are categorized as necessary are stored in your browser as they are necessary for the operation of the basic functions of the website. We also use third-party cookies to help us analyze and understand how you use this website. These cookies will be stored in your browser only with your consent. You also have the option to opt out of these cookies. However, opting out of some of these cookies may affect your browsing experience.
Necessarily Always Enabled
The necessary cookies are absolutely necessary for the proper operation of the website. These cookies ensure basic functions and security features of the website, anonymously.
Functional
Functional cookies help to perform certain functions, such as sharing the content of the website on social media platforms, collecting comments and other third party functions.
Performance
Performance cookies are used to understand and analyze the key performance metrics of the website, which helps to provide a better user experience for visitors.
Analytics
Analytics cookies are used to understand how visitors interact with the website. These cookies help to provide information about the metrics, the number of visitors, the dropout rate, the source of traffic, etc.
Advertising
Advertising cookies are used to provide visitors with relevant ads and marketing campaigns. These cookies track visitors to websites and collect information to provide custom ads.
Balances
The remaining uncategorized cookies are those that are analyzed and have not been classified in any category yet.
SAVE & ACCEPT
Facebook Instagram Twitter Spotify
WEEKLY
PODCASTS
RADIO